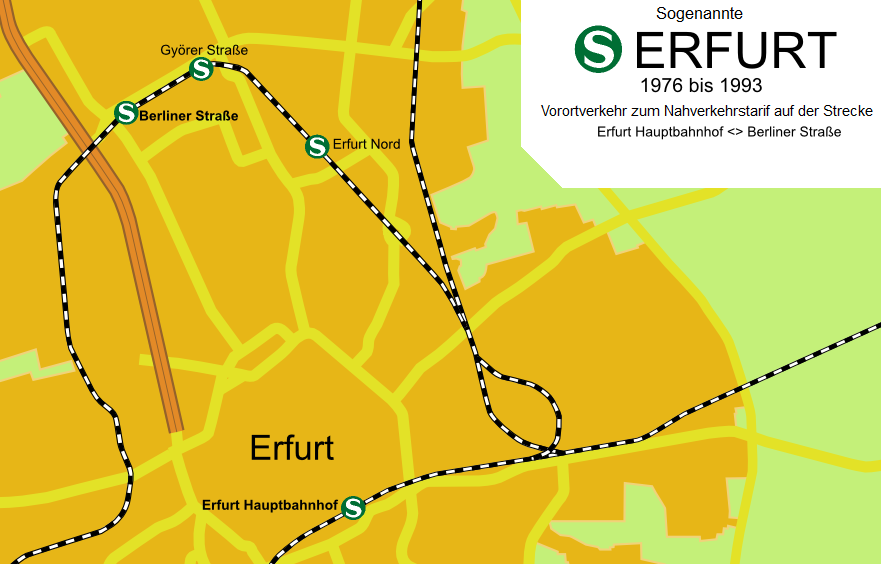 Lack of border crossings in the crossborder region

During the second bike tour we protested against the lack of bridges and ferries across the Oder. There are remnants of former bridges, there is even a kind of a half-bridge that is a remnant of a previous bridge that existed in Eisenhuettenstadt before the second world war. I myself attended the gymnasium in Neuzelle near Eisenhuettenstadt and in order to get to the other side of the river one needs to travel at least 50 kilometers to cross the nearest bridge.

Before the second world war there was at least twice as many bridges and multiple river ferries. There were tramway lines that crossed the current border in 5 towns on the border. Currently only in one town one can use urban public transport to cross the border- and- recently- new bus route that crosses border, was opened in Slubice/ Frankfurt upon Oder. Often between the towns you have only vintage tramway tracks, as in Gubin/Guben. Railway connections are scarce. Most of public transport across the border was stopped when state-owned railway monopoly in Poland withdrew its services on the Polish side. Currently it is possible to cross the border by public transport only in two places. There is only one line, that is served by private operator (in Kostrzyn-Kuestrin) provides services every 60 minutes, the other one is operated by the state-owned monopoly and provides remnant services (for example 3 times daily) with devastatingly poor patronage.

Bus connections do not exist because of some bureaucratic barriers except for one case (Goerlitz/ Zgorzelec) and, most recently- Słubice/ Frankfurt. Local organisations have organized already several demonstrations. On the Polish side the situation looks rather bad, as most young people are migrating from the poverty zone that stretches along German border. So the future looks rather hopeless. 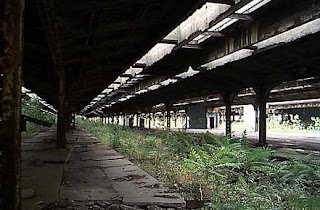 23 years lapsed, but if anything changed in the Polish- German order region, it only turned worse.

Adam Fularz (33 y.): "I still walk from train station in Frankfurt Oder for some 45 minutes to be able to get to bus station on the Polish side. I walked over the frontier bridge already several thousand times in my fife. 23 years lapsed, nothing changed."

grew up in the frontier region, attended to schools on the other side of the border. After having returned to his region, he found that it is even more difficult for people living in the area to visit each other than it was a decade ago.

Gubin and Guben- one is Polish, the other is German. Both are viewed as located on the end of the world. One world is Polish, it ends up on the river Neisse, dividing the countries, the other is respectively German world, and Guben is its very end. It lost nearly half of its former inhabitants (downsized from 37 to 20 thousands), blocks of empty flats are demolished.

This end of the world was once in its centre. The town was once on an important high-speed rail link connecting Berlin with Wrocław (in 2 h 30 minutes) and Silesia (in 4 hours 30 minutes). Now from the sleepy railway station in Guben there are no connections to Polish side. The high speed rail line is even partially dismantled on the Polish side, where rails are widely stolen from unused lines. If you see the destroyed line on Polish side, you hardly believe that once trains passed it with 100 mph. Also the regional mainline Guben- Zielona Góra is closed, although a decade ago it was in use.

If you take a journey further north, You find that the region generally lacks bridges or ferries that would connect the communities separated by border riviers . For over 50 kilometers between Guben and Frankfurt there is no link. On our journey we passed through the ferry in Połęcko, to find sleepy villages in the end of Polish world. Bridges, that once linked the communities there, 60 years after the WW2 are still left in ruins. In Kłopot, local bridge ending somewhere in the very middle of the Odra river, is left as it was exploded by retreating German Army in 1945. It became known as the “półmost”, half-bridge, a local curiosity to be seen except for the local stork museum in this touristically attractive area. However, tourists are a rarity here. On the Polish side of the border public transport is practically not existing, there are no restaurants, pensions, hostels, cultural offer is absent. Local community centres, that existed in the German times, have been turned into churches or stay abandoned.

Another missing link is the former ferry in Urad, formerly connecting Aurith and Urad. Nowadays in order to contact the people gathered 130 meters further on the other side of the ferry passage, You have to shout loudly over the waters of the river. A bridge for lorries was planned here, that in local viewpoint is unnecessary as it endangeres the local wildlife (this area is beloved by storks). A bridge or ferry for local traffic would change here a lot, help the local community, of which some laugh at the strangers from the banks at local grocery- a meeting place for local communities in such villages.

Next curiosity could be seen in Kunice. The local railway line, that once linked Cybinka with Frankfurt, serves nowadays only freight traffic. It has a branch to Kunice, where the tracks suddenly end up in a river- a train could from here simply jump into the border river, but now some of the tracks were stolen.

There are many more missing links in the border region, such as those in Lebus/Lubusz, Górzyca, Siekierki/Bad Frienwalde. Until now the rail traffic between the regions is practically non-existant, it is marked by poor schedules with 2-3 trains daily, dramatically slow speeds, very high fares, much higher than the fares on the German side. Until now, in order to get to the German side of the border (for example to nearby Berlin), Polish people often have to take the most expensive EuroCity trains. Fares are as high as these to Warsaw, and journey time from Zielona Góra to Berlin (140 km) is not much shorter as the travel time to Warsaw (440 km). The only inexpencive way to travel from Polish side to German side requires a 4-km long walk from bus station on the Polish side of the border in Słubice to the German railway station in Frankfurt (Oder).After 23 years, we still walko over the border, when travelling to Berlin. It takes about 45 minutes.

Nearly two decades of coexistence lapsed, and still no public transport exists between the neighboring towns, twin-cities such as Gubin-Guben, Frankfurt(Oder)-Słubice, Kostrzyn-Kuestrin/Kietz. Before the WW2 these links were so frequented, that in all 3 cases were served by tramway lines. Nowadays sometimes you can find only remnants of unused tracks as in Gubin. Currently these two countries are connected with each other only for motorized traffic, and public transport connections are seldom- as far as I know, only two such connections exist, and there are no transborder busses at all between regions Brandenburg and Lubuskie.